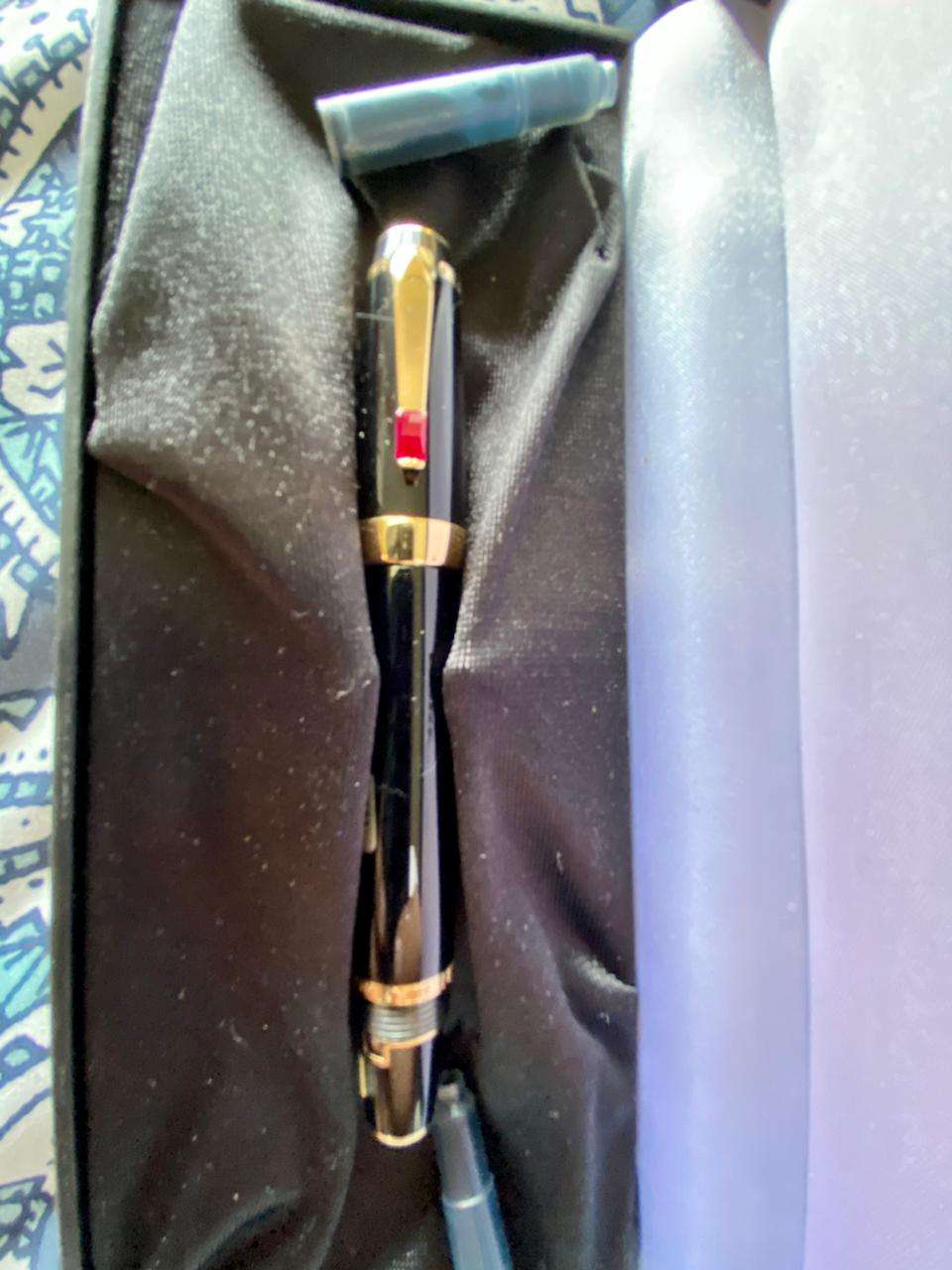 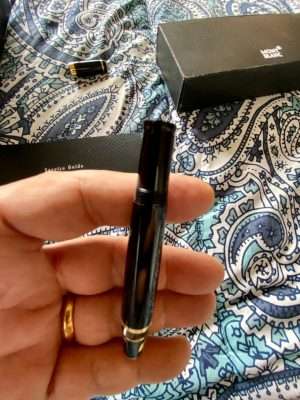 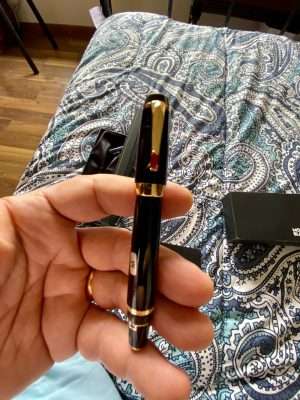 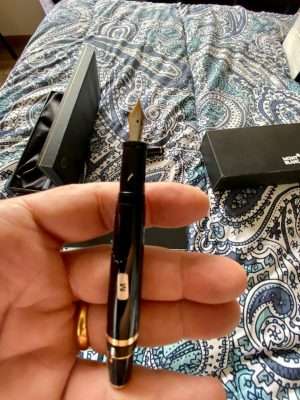 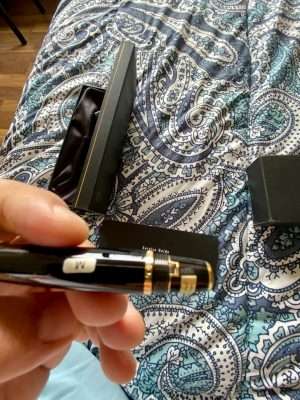 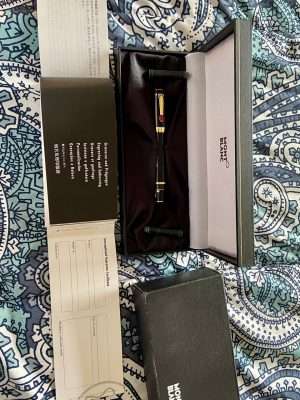 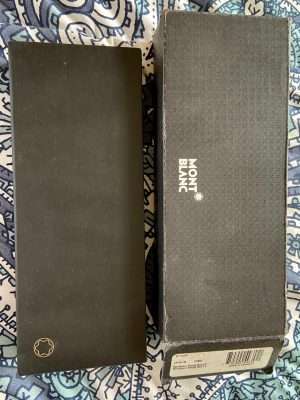 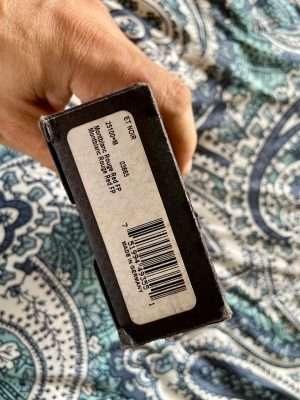 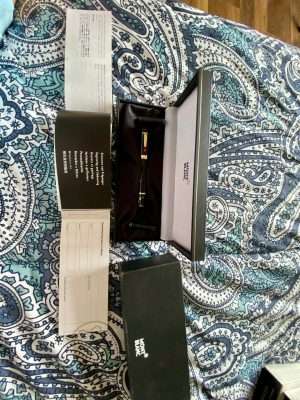 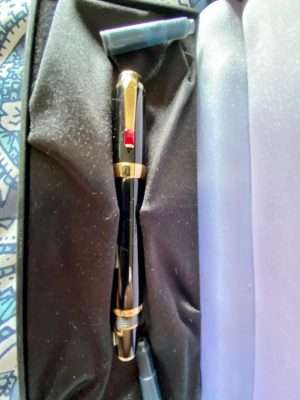 Originally produced to commemorate the MontBlanc Simplex Rouge et Noir, a safety pen that was the precursor to Mont Blanc as we know it.

This pen was purchased new in 1999 and has remained boxed and unused as it is still in mint condition.

12 days after its introduction, a French perfume company sued Mont Blanc over trademark infringement (Rouge et Noir was copyrighted by the French company) and to settle, all estimated 3000 odd issued pens had to be pulled off the market and the name dropped.

That number included both Fountain Pens and ballpoint pens.

It is estimated that about 280 FP’s and BP’s were sold before Mont Blanc could recall them from dealers, making them veritably one of the rarest Mont Blancs.

Some time later, Mont Blanc reissued the pen with different bands and other minor cosmetic changes as the Boheme. Even though Mont Blanc used the name in the early 1920’s on their safety pen, they let the trademark expire and didn’t renew it, thus letting the perfume company get it.

This pen is an interesting piece and due to the recall of all the unsold pens on the market remains an extremely rare and collectible Mont Blanc.

This Mont Blanc Safety Fountain Pen is unique and differs slightly from the newer Boheme models in that it does not have the ring closer to the nib and the word “Boheme” does not appear anywhere on this pen at all.

Instead it is inscribed Rouge et Noir

Mont Blanc (meaning "White Mountain") is the highest mountain in the Alps and the highest in Europe west of the Caucasus peaks of Russia and Georgia. Montblanc International is a German manufacturing company of luxury goods, based in Hamburg. Montblanc produces a wide range of products, including goods for travel, writing implements, watches and jewellery, among other products. Their first model was the Rouge et Noir in 1909 followed in 1910 by the pen that was later to give the company its new name, Montblanc. The Meisterstück name (English: "Masterpiece", the name used for export) was used for the first time in 1924, for the top lines of fountain pens. Today, the Montblanc brand is on other goods besides pens, including watches, jewellery, fragrances, leather goods and eyewear. The Luxury Souq is India’s Fastest Growing Online Platform for Buying & Selling your New & Pre Owned Mont Blanc Pens, Accessories, Bags, Sunglasses, Watches & Cufflinks.

₹ 1,26,000
Read more
Add to wishlist
Quick View
Back to Top
We use cookies to ensure that we give you the best experience on our website. If you continue to use this site we will assume that you are happy with it.
Read more Accept
Submit
Hello! Welcome to The Luxury Souq!