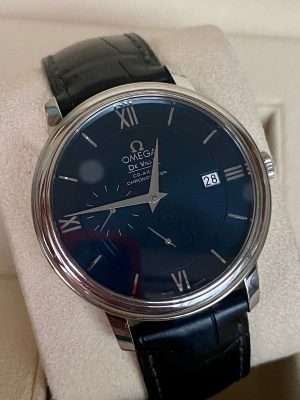 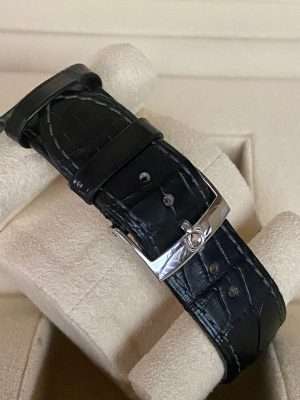 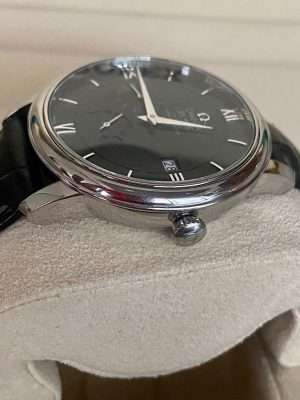 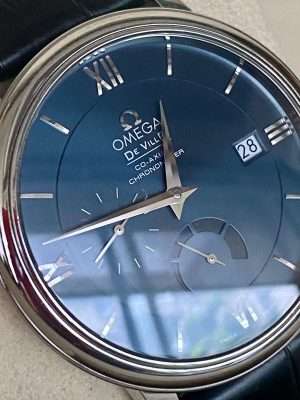 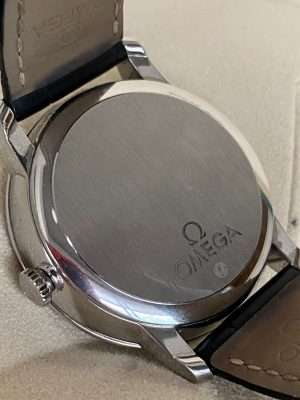 Omega SA is a Swiss luxury watchmaker based in Biel/Bienne, Switzerland. Founded by Louis Brandt in La Chaux-de-Fonds in 1848, the company formally operated as the La Generale Watch Co. until incorporating the name Omega in 1903, becoming Louis Brandt et Frère – Omega Watch & Co. Omega watches were the choice of NASA and the first watch on the Moon in 1969. In addition, Omega has been the official timekeeping device of the Olympic Games since 1932. Omega wearers, past and present, include John F. Kennedy, Prince William, George Clooney, and Buzz Aldrin. Omega is owned by the Swatch Group. Seamaster, Speedmaster, Constellation and De Ville are among the most famous models of Omega.

₹ 3,75,000
Read more
Add to wishlist
Quick View
Back to Top
We use cookies to ensure that we give you the best experience on our website. If you continue to use this site we will assume that you are happy with it.
Read more Accept
Submit
Hello! Welcome to The Luxury Souq!